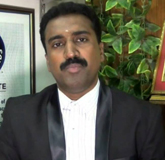 Jagadeesh Pillai a voracious reader, writer and a true research scholar was born in Varanasi, the abode of Lord Shiva. He is a multifaceted polymath with innate qualities, creative ideas and many remarkable achievements. He has added so many feathers to his cap which make him quite unique. He is a Guinness Book of World Record Holder for producing and directing a state of art animation film within the shortest time breaking record of a Canadian. There are many National and International Awards and recognitions to his credit.
It is hard to believe that he has produced and directed more than 100 Documentaries on a particular city (Varanasi), all executed single-handedly. A multifaceted person who can apply the best of his calibre and acumen using his inborn talents which have been showered upon every human being granting them an immense capacity to learn, experience and experiment many things and do wonders in this world of discrimination and disparities. He is a teacher and a student at the same time that always learns and teaches every day.