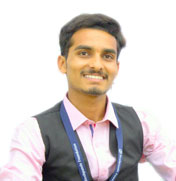 Rakesh Ramesh Totakar holds a Graduate degree in Mechanical Design Engineering from Gogte Institute of Technology, Belagavi. He joined LEAD Program as a Leader in 2013 while pursuing his higher education, he was inspired by LEAD and participated in every activity conducted by the mentors of the LEAD Team. He participated in the LEAD Leadership Program camp in 2015 which helped him in introducing a new version of himself. He was also a part of the design thinking boot conducted by Hubballi Sandbox as an innovator. Rakesh attended "LEAD PRAYANA 2k16". As a LEAD Intern, he mentored more than 1000 leaders to come up with innovative projects. He loves working with creative young students, which led him to continue his journey in LEAD as a Program Officer.